When I first came out with MYO-BLITZ XS™, I wanted to create a pre-workout that performed and gave you a solid energy without any jitters. From the performance aspect I received great feedback but I wasn't getting the same comments regarding the energy side of things. After hearing consistently on social media and the boards that the people wanted MYO-BLITZ XS™ to be stronger I decided that it was time to listen because at the end of the day I'm here to create products that YOU want. I don't have any handcuffs on me like some other companies do, who are backed by a manufacturer or a larger brand, so if I want something changed IT GETS CHANGED! That's the difference here. Your requests have been heard. You said "STRONGER Ronnie"... so I added 7 new ingredients to the old formula WITHOUT removing any of the previous ingredients for a total of 18 ACTIVEingredients. MYO-BLITZ XS™ is as strong as it gets, so prepare yourself!*

How AstraGin™ works in the Human Body

Acacia rigidula - "blackbrush" is a perennial shrub and member of the legume family. Native to southern Texas and central Mexico, it has been used by Native Americans for decades. Acacia is used in weight loss supplements because of its adrenergic amine content. These compounds stimulate beta-receptors to increase lipolysis and metabolic rate and decrease appetite. Phenylethylamine hydrochloride in Acacia Rigidula stimulates the Central Nervous System (CNS) to enhance mood and promote a sense of well being and satiety. The herb is believed to trigger the release of dopamine in the pleasure-sensing area of the brain as well.*

Beta-Alanine is a pre-cursor to carnosine. It joins with the amino acid histidine through a peptide bond to form carnosine in the muscle. Muscle carnosine is the major buffering agent, or neutralizer, of hydronium ions that lead to muscle fatigue and failure. By increasing the amount of carnosine in the muscle, CarnoSyn® beta-alanine both increases an athlete's peak performance and speeds muscle recovery.*

This plant grows wild in abundance all over Sri Lanka, Nepal & India. Adhatoda Vasica has bronchodilator like effects which means it opens up the breathing pathways to encourage more oxygen intake. Vasicine, the active alkaloid compound, has been compared to theophylline, used in therapy for respiratory diseases, both in vitro and in vivo.*

AstraGin™ is a natural compound composed of highly fractionated Astragalus and Panax Notoginseng. In over 12 different in-vivo and in-vitro studies, AstraGin™ has demonstrated that it can significantly improve the absorption of critical nutrients including Amino acids absorption such as Arginine by 66.7%, Vitamins absorption by 50.4%, Glucosamine absorption by 41.9% and ATP production by 18%.*

An amino acid that supplies energy to all cells in the body and one of the most researched ingredients to date, proven to be safe while increasing exercise performance. We use a creatine monohydrate & gluconate blend. The gluconate version is simply bonded to a glucose molecule in order to help increase intestinal absorption.*

A relatively new ingredient, Cocoabuterol is a natural cocoa extract yielding 4 different compounds: EGCG, N-Coumaroyldopamine N-Caffeoyldopamine and Theobromine. These four compounds act on the B2 Adrenoceptors which play a very important role in cardiac stimulation, bronchodilation, thermogenesis and can even widen blood vessels.*

This natural extract from Yohimbine bark is a mild MAOI (Monoamine Oxidase Inhibitor) with stimulant and aphrodisiac effects. Yohimbine has a high affinity for the a2-adrenergic receptor in the central and peripheral nervous systems.*

A naturally occurring ingredient found in various foods including sugar beets, spinach, seafood and others. Betaine, AKA trimethylglycine, plays a crucial role in the methionine cycle and can improve muscle endurance. The nitrate (NO3) added to the Betaine can increase vasodilation through the process known as the "nitrite-nitrate oxide pathway", aiding in circulating nitric oxide levels*

L-Citrulline is a naturally occuring amino found in food and also made in the body. Our bodies change L-Citrulline into another amino acid called L-Arginine and also to nitric oxide. L-Citrulline helps increase the supply of ingredients the body needs to make certain proteins. It helps dilate veins and arteries to imporve blood flow.*

Caffeine Anhydrous is, simply, the dry powder form of caffeine. The word anhydrous indicates it does not contain water. It is a Central Nervous System (CNS) stimulant and the most widely consumed energy ingredient on the planet. PharmaShure® XR Caffeine is a microencapsulated form of caffeine desinged to release slowly over an extended period of time prolonging the effects of the caffeine.*

AKA the "Ultimate Superberry" is an extract from the Schizandra Berry that has been used in traditional Chinese medicine for centuries to promote concentration, memory and alertness without any side effects such as nervousness. It is also reported to produce a "calming" effect and general feeling of "well-being". It is also a powerful antioxidant and anti-inflammatory.*

A naturally occurring plant alkaloid extract of bitter orange peels that acts as an adrenergic (adrenaline-like) stimulant on the Central Nervous System (CNS). Another action is through activation of the beta-3 adrenergic receptors that are found on fat cells, which promote the breakdown of fat.*

Phenylalanine is a precursor for tyrosine, the monoamine signaling molecules dopamine, norepinephrine (noradrenaline) and epinephrine (adrenaline). It has reputed antidepressant effects.* 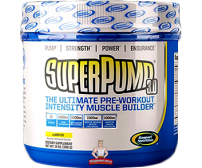 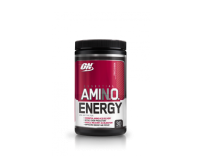